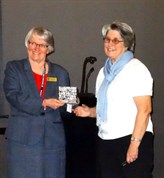 The latest QFHS publication was launched on Friday 19 August at The Queensland State Archives.

The series now covers 2.4 million entries from more than 1200 schools.

for the best family history journal/newsletter in Australia and New Zealand. AFFHO provides this award to encourage its member societies to produce quality journals/newsletters, and to honour Nick Vine Hall AM.

This year QFHS were awarded the runner-up prize in Category B (societies with over 500 members) for the Queensland Family Historian, Vol 36, No1, February 2015.

Congratulations to our Journal Editor and her team

1894 and 1897 Women's Suffrage Petitions now available online to all, 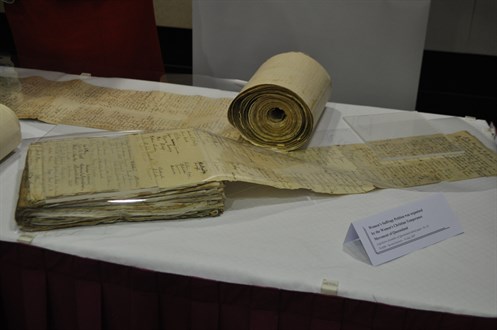 In 1894 the Women’s Equal Franchise Association (WEFA) initiated a double petition – one for women to sign and the other for men – which played a key role in galvanising support for the women’s suffrage movement across Queensland.

A second group of women through the Woman’s Christian Temperance Union canvassed support again in 1897.

Through a project organised in a partnership between the late Dr John McCulloch, Dr Deborah Jordan and the Queensland Parliament, and with the contribution of the Queensland Family History Society, these petitions have been digitally transcribed and developed into a database that is available to the public.

A wonderful resource for girls, women, genealogists, and historians both in Queensland and across the globe.

To view the signatories to the Women's Suffrage Petitions go here

For more information on QFHS involvement in the project from start to finish go here
Congratulations to the many people involved in making this happen.